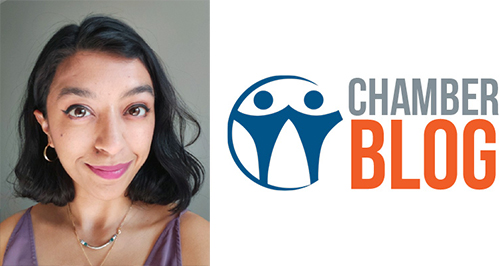 On October 24th, residents will be electing a new Mayor for the Town of Whitby. To ensure our members and community understand the candidates, their platforms, and their plans, the WCC is hosting a Mayoral Forum for the candidates on September 12th. The race is between three new candidates you may not be familiar with: West Ward Councilor Deidre Newman, Deputy Mayor Elizabeth Roy, and lifelong Whitby resident Evan Griffiths.

The Chamber has worked with our membership and Advocacy Committee to identify key issues that the candidates will be asked to speak on at the forum. These include local transportation issues, the success and development of businesses, and Whitby’s role in the national and global economy. Daniel Van Kampen’s blog on the municipal elections last month is a valuable reminder that issues which are front and centre for Whitby today are greatly influenced by decisions made on the municipal level of government.

Municipal elections see the lowest level of voter turnout possibly because smaller jurisdictions have smaller campaign budgets and resources to advertise; but this is also the level of government where your one vote holds the biggest weight. In a nation where our politics has evolved (generally) into four major parties, municipal elections are a rare level of governance where the candidates’ platforms aren’t defined by party heads in Ottawa or Toronto, but shaped locally by the candidates and their understanding of their constituents.

Moving forward, voting municipally in Ontario may be even more influential as the government currently plans to expand so-called Strong Mayor powers to municipalities beyond Toronto and Ottawa. Premier Ford supported the change, arguing that it would allow “more municipal leaders…[to] help build Ontario”; highlighting specifically that it would allow for more housing demands to be directly addressed. How would these changes impact Whitby? Are they a value add? This forum can help us understand.

When municipal leaders work with higher levels of government, understanding Whitby residents’ unique challenges and goals is integral to ensuring that that policies implemented foster its success. If we do not engage, not only are we presenting a distorted representation of our municipal priorities, but we also miss one of the strongest opportunities we have to advocate for our community from the ground up.

We know the importance of civic duty to maintain a strong and viable democracy, for small and large businesses, it’s also one of the clearest ways to ensure we’re involved in building the infrastructure our businesses need to thrive. The forum will be your opportunity to learn about these candidates, their strategies, and help you decide who is best qualified to represent your community. I invite you to attend our forum on September 12th and bring your business questions.