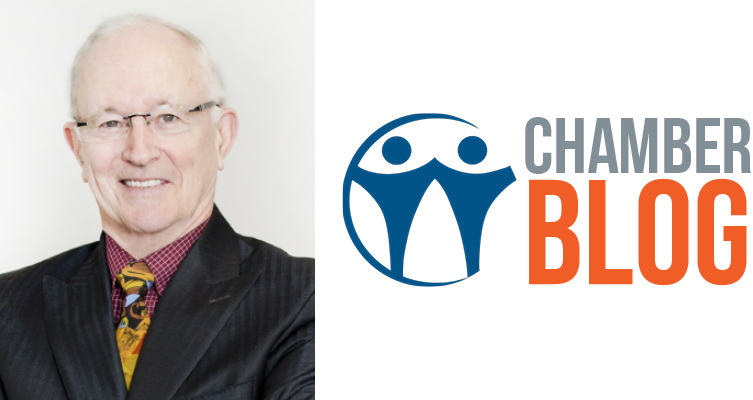 The Whitby Chamber of Commerce hits another home run with the success of their resolution regarding the right of the owner of a small corporation to represent their case against CRA in the Tax Court of Canada.

The Whitby Chamber’s resolution to make this change was authored and presented on the floor of the Annual General Meeting (AGM) at the Canadian Chamber of Commerce, (CCC) by Dan White.

Corporations need the right to self-representation in the Tax Court of Canada.

Currently Tax Court of Canada (TCC) rules do not allow any corporation to be represented in court without a lawyer.

Small Canadian Controlled Private Corporations (CCPC) need the right, for them or their accountant, to defend the corporation in the Tax Court of Canada

The Result of the Resolution

It was presented on the floor, no opposition to the motion which passed with 90+% of the votes.

The Canadian Chamber of Commerce SME Committee strongly supports this resolution and will take it to the Government of Canada to urge adaptation of our resolution.

The Tax Court of Canada does by in large, provide justice to tax payers, but not in every situation. Disallowing business owners who meet the requirements to self-represent the right to defend their interests, is contrary to the spirit of the law and to the Tax Court that is dedicated to serving justice.

Traditionally, Canadian courts have not answered the question of self-representation uniformly.  Some courts found that a strict application of court procedural rules should not be used to deny self-represented litigants the chance to present their case (e.g., Coleman v Pateman Farms Ltd., 2001 MBCA 75 para 14; Cole v. British Columbia Nurses’ Union, 2014 BCCA 236 para 36). Others, such as the Court of Appeal majority in Pintea, applied procedural rules strictly against self-represented litigants.

The problem that exists is that small one owner corporations can have big tax problems of which they may not be able or willing to afford the cost of hiring a lawyer, or simply the cost of legal help does not justify the money at stake.

For instance, if a small business has a $20,000 tax issue the cost of an experienced tax lawyer would be in the area of $350 per hour (As reported by the Law Society of Upper Canada). There are many tax lawyers who charge much more than that.

A tax case could easily consume 40 hours just in preparation work, that would cost $14,000. Along with the pre-court work and a day in tax court, a small business could have legal fees in excess of the tax issue.

Often lawyers will not even take on a case such as the above as it is bad for their reputations. This would leave the taxpayer with out the ability to take their case to court.

With no guarantee of winning in court or at best a break-even exercise, many tax payers just fold and pay the tax amount in dispute.

The only other option for the taxpayer is to file a motion in court to be allowed to represent their corporation. That is a bureaucratic barrier to justice and falls to the individual perspective of the Justices who may have different views on the matter.

This is a clear case of discrimination against the corporate and the individual person. According to the Business Corporations Act, Part III, Section 15. (1) Capacity and Powers, Capacity of a Corporation; A corporation has the capacity and, subject to this Act, the rights, powers and privileges of a natural person.

As such it is a violation of the Canadian Charter of Rights; “Charter Equality Rights.” Equality before and under law and equal protection and benefit of law

Section 15. (1) of the Charter states that; Every individual is equal before and under the law and has the right to the equal protection and equal benefit of the law without discrimination and, in particular, without discrimination based on race, national or ethnic origin, colour, religion, sex, age or mental or physical disability.

It would be unfair and cruel treatment to have a business owner lose a valuable asset due to a rule of Tax Court General Rules.

The owner of a small business is a related party and as such must to be allowed to defend their own interests by representing the corporation or having their accountant represent the corporation. In the general conduct of the administration of taxation, the Minister does treat corporations and individual business owners as related parties and seeks to assess financial liabilities on the related party.

In fact, it is that individual who is the most familiar with their own case, a lawyer can only know the facts of what the individual or their accountant has provided them with.

The rationale while appropriate to a larger business, is unreasonable to apply to a small one director shareholder of a small business corporation. To discriminate based on financial means is a form of discrimination, contrary to rule 15 of the Charter of Rights.

Therefore, all persons ought to be able to defend themselves or to hire another professional such as an accountant to represent them in tax court. Many accountants are more than competent to make a reasonable presentation in a court of law.

The Supreme Court of Canada has endorsed the “Statement of Principles.”

The Statement of Principles states:

“Judges, the courts and other participants in the justice system have a responsibility to promote opportunities for all persons to understand and meaningfully present their case, regardless of representation.”

It is our opinion that this Statement of Principles is not being observed in the Tax Court of Canada.

While the Tax Court Rules do make sense is when it comes to large corporations, it is largely moot, because it is rare that a significantly large Corporation would not hire a law firm due the larger and more complex issues at stake.

It is reasonable to assume that if an owner of a small corporation has followed the proper procedures in filing their case with the tax court and comes to court with their affairs in order, the accounting done correctly, are abreast of the facts of the matter, the tax laws and the comparable tax cases they are relying on, then they ought to be able to defend themselves in said court.

At the end of the day, we have to bring injustice to the attention to those who can bring change. By bringing this resolution from concept up the lines, through the Whitby Chamber and others, then to the Ontario Chamber of Commerce for support and then finally to the Canadian Chamber of Commerce, we have added the voices of thousands of businesses. The currency of politics is votes. In this way we can hope the changes will happen.