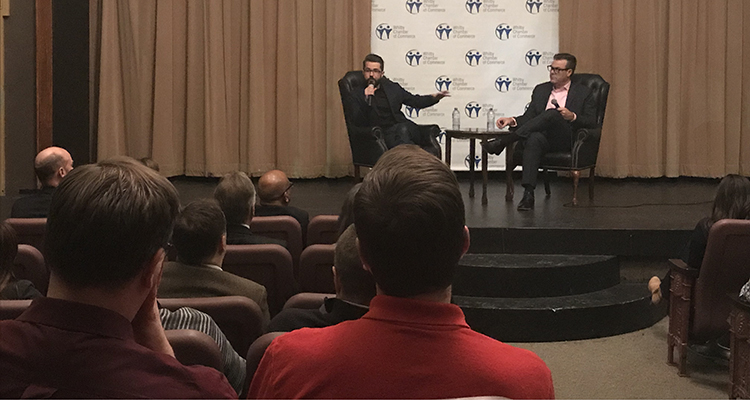 Imagine having the ability to travel from Los Angeles to San Francisco in 30 minutes. That’s the future Brent Lessard and his team at rLoop are building.
In his youth, Lessard studied classical music and visual arts before embarking on a new direction by enrolling in Durham College’s Mechanical Engineering Technology program, graduating at the top of his class in 2014.

This educational experience, as well as a SpaceX subreddit, led him to compete in Elon Musk’s SpaceX hyperloop competition. From this competition, rLoop was organically formed and Lessard become co-founder and project lead. A hyperloop is a conceptual, high-speed transportation system which consists of passenger and cargo pods being propelled at up to 760 mph in a low-pressure tube using sustainable and cost-efficient energy.

The rLoop team was one of the 27 groups chosen to build their prototype and won the Pod Innovation Award.
“We were up against some major names and were not expecting to win,” said Lessard. “I think half the team had already left to grab shawarma when the winners were announced.”

While continuing work on the hyperloop, rLoop, a globally distributed, and crowd sourced engineering organization now with over 1,300 members from more than 50 countries, has a number of projects in the works to help shape the future of transportation.

“As humans we have this wicked ability and desire to solve problems,” remarked Lessard. “But it takes time.”

Projects include rFlight, making human flight a reality by building the world’s first personal flying device, and rBridge – imagine a factory, but smarter.

The Whitby Chamber of Commerce is putting a focus on student stories during the 2019 Speaker Series, generously sponsored by the Durham Workforce Authority (DWA), proving that with the extraordinary post-secondary institutions in the region, students can succeed and grow the next generation right here.

“The Durham Workforce Authority’s goal is to improve the quality of life for citizens of Durham Region,” explained DWA rep, Samantha Robert, during the event. “We work to improve the availability of labour market information and establish planning framework for training programs and services, helping to bridge the gap between job seekers and job providers.”

Next grad in the host seat is half rock star, half scientist Jeff Seres from the University of Ontario Institute of Technology.