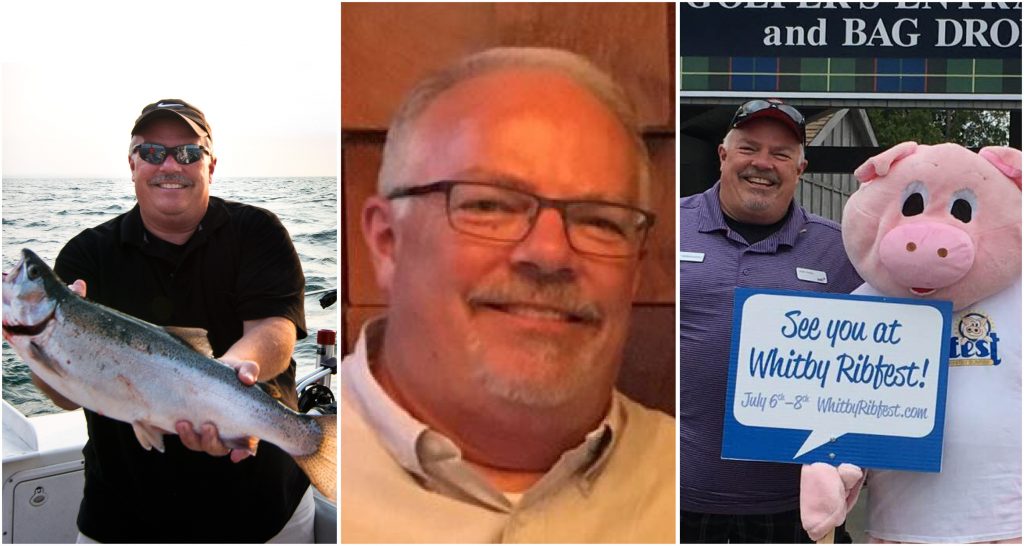 On May 28, the Whitby Chamber of Commerce (WCC) held its Annual General Meeting in which it updated its membership on programming and finances as well as introduced the 2020-21 Board of Directors. In addition, the Chamber team had the pleasure of recognizing an individual for their volunteerism and commitment to the WCC by naming Keith Cowley as the 2020 Jim Lavelle Award recipient.

Inspired by the extraordinary contribution and commitment of Jim Lavelle to the WCC and to the community, the Board of Directors created an award in his name. Chosen unanimously by the Chamber staff, the Jim Lavelle Award is presented to an individual who has demonstrated the ideals and values of Jim Lavelle and the qualities he most admired in a Chamber member: commitment, determination, innovation and compassion.

Following the WCC’s AGM, BDC’s Keith Cowley answered a few questions about his career, life and commitment to volunteerism.

What does winning the Jim Lavelle Award mean to you?
You never volunteer for the recognition but it is a really nice gesture when the organization shows their appreciation. This is truly amazing as I know what Jim Lavelle did for the community and how he made a difference with his volunteering, and it is a real honour to be part of this incredible group of past winners.

When and how did you get involved in the Whitby Chamber of Commerce?
I started getting involved back in 2011 when I moved back to the BDC office in Whitby. You only get out of the Chamber what you put into it, so I started by joining the Membership Committee. Then I joined both the Ambassador Committee and the Peter Perry & Business Achievement Awards Planning Committee and y’all haven’t let me escape since.

What’s your favourite Chamber memory?
It’s a whole bunch of things but I think memories around the Business Achievement Awards top the list: the gratitude of business owners when they are nominated, the pride of their business when being showcased as one of the finalists, the extreme excitement and celebration of those winning the award. It is a really a rewarding event and worth all the time and effort.

What is something most people don’t know about you?
Early on a career in banking meant a lot of transfers and moves, so I have lived in 15 different communities in Saskatchewan, Manitoba, Northern Ontario and Southern Ontario.

Tell me a little about younger Keith. Where were you born? How did you end up in your current career?
I was born and raised in small town Saskatchewan – there is no true hometown as my childhood was in three different towns and have moved continuously since. I followed my father’s footsteps by joining CIBC as a young ‘un and worked there for 11 years. A new career opportunity took me to Thunder Bay in 1989. With banking in my blood, I joined BDC in 1999 and as a result transferred to Oshawa in 2001. I have lived in Durham Region since, and after commuting to Toronto for a while, am proud to now live, work and play in Durham Region.

Your volunteerism in the community goes far beyond the Chamber. What other organizations are you affiliated with and why is volunteerism so important to you?
My father was the ultimate volunteer and instilled those values and the importance of making a difference in the community you live in. For me, it started with chairing the local annual swim meet when I was 16 years old. Since then, I co-founded 100 Men of Oshawa in 2015 where we have raised $185K for local charities. I recently became involved with the Oshawa Mayor Economic Recovery Taskforce and also remain involved with the local chapter of Crohn’s and Colitis Canada, Boys & Girls Club of Durham Cowboy Chic fundraising event and just retired from my part-time acting position at the annual “A Spirit Walk” at Pickering Museum Village. In 2017 I was honoured to receive the Canada 150 Volunteer Award for volunteer work with Boys & Girls Club of Durham.

Your role is Senior Account Manager at BDC. Tell me a little about your job, I know it’s a very unusual and busy time for you and your team.
With BDC handling the federal relief working capital loans for businesses impacted by COVID-19, it has been unbelievably busy, with unprecedented volume of requests well beyond our capacity. It is incredible working for an organization that can turn on a dime to set up the financing program just days after a $10B relief program is announced by the federal government, and the changes continually being made to still try to deal with the resulting backlog. It’s been continual long hours for the past 12 weeks but everyone remains committed to supporting all those businesses in need.

And finally, do you like pineapple on your pizza?
Yes BUT – the best discovery when we moved to Durham Region was Pizza Nova and their gourmet pizzas… mmmm! mmmm! And there are so many gourmet pizzas options out there now!